According the Guardian UK, stolen artifacts from Benin Kingdom, Nigeria are to be returned are over a hundred years. 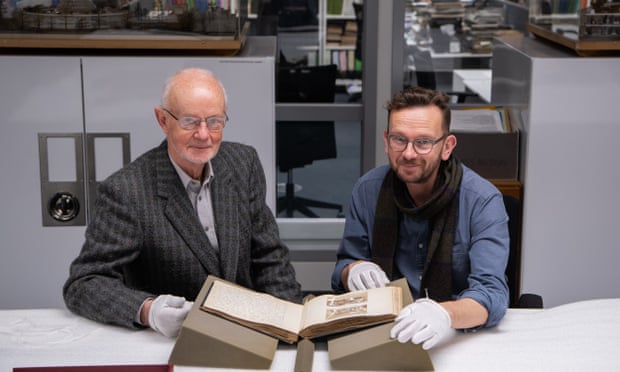 The grandson of a British soldier who took part in the looting of Benin City in the late 19th century is returning items his ancestor took in a move experts say opens up a debate about what could happen to the hundreds of items that are in private collections around the UK.

Mark Walker, the grandson of Capt Herbert Walker – a British soldier who was part of the 1897 punitive expedition to Benin City in southern Nigeria where thousands of items were looted – has loaned the objects to the Pitt Rivers Museum in Oxford, which will display them before they are returned to the royal court of Benin.

Dan Hicks, a professor of archaeology at the Pitt Rivers Museum and its representative on the Benin Dialogue Group, said they were was pioneering a new model for restitution.

“What we’re learning is that restitution can take many forms,” he said. “This seems to be something completely new that we’re doing, in that we are able to support the wishes of a private individual to restitute their own objects.” 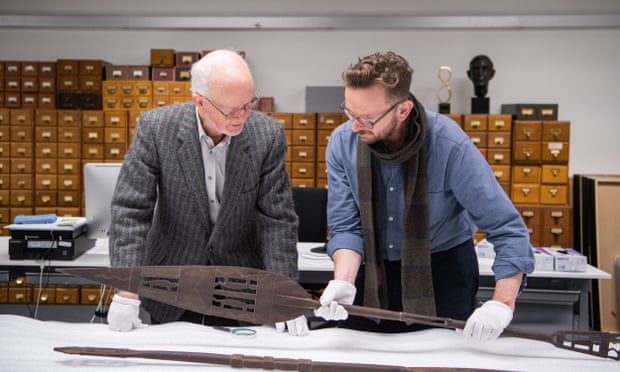 The two wooden ceremonial paddles were brought back by Walker’s grandfather in 1897 and remained in his family. He became aware they were from Benin after seeing similar paddles on the Horniman Museum’s website. After Hicks got in touch about his grandfather’s journal he kept during the expedition they began work on restitution. There is no set date for their return but Hicks and the Pitt Rivers Museum will display the items next to its current Benin cabinet and work to repatriate them. 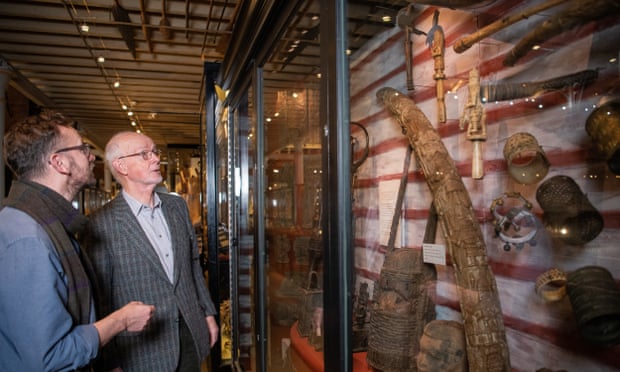 “This extreme example of violent looting in the 1890s in Nigeria is an iconic but also very little understood episode,” said Hicks. “As a society, we’re coming to terms with and starting to understand histories of empire that you’re not taught in school.”

Walker had previously returned two items to the Oba (ruler) of Benin in 2015, when he travelled to Nigeria and handed back two bronze pieces that his grandfather took in 1897. He said: “For me, the most important thing is that the descendants of one of the soldiers who was responsible for the sacking of Benin are making a gesture of respect for that people and its culture.”

The restitution comes after Jesus College at the University of Cambridge pledged to return a bronze cockerel taken by British colonial forces during the 1897 looting. The Okukor will be one of the first Benin bronzes to be returned to Nigeria by a major British institution. Sonita Alleyne, the master of Jesus College, said the decision was not taken to “erase history” but came after work that looked into the legacy of slavery at the institution 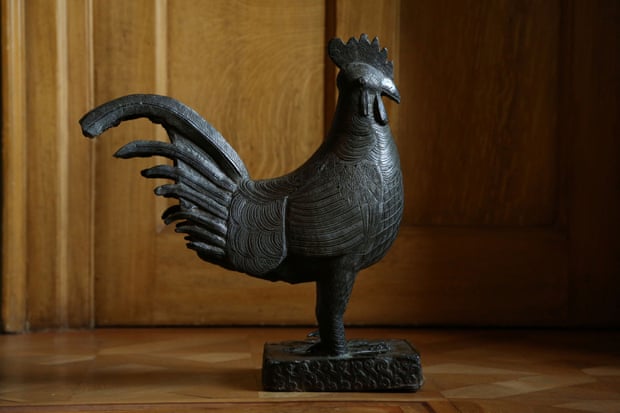 In November, Manchester Museum became the first UK institution to return ceremonial items to Aboriginal groups nearly a century after they were stolen by British forces. On Tuesday, France confirmed a timetable for the return of 26 objects to Benin. The French culture minister, Franck Riester said the items would be returned next year or at the beginning of 2021.

Hicks said that “without a doubt” there were “significant numbers” of other Benin items in private collections around the UK. The largest collection of Benin bronzes is held in the British Museum. But academics estimate there are thousands scattered around the world, with many remaining in Britain after soldiers returned with them and either kept or sold them.

I cheated With Her Best Friend, Deep Down I’m In Pains

Buhari Hosted By Archbishop Of Canterbury In London (photos)

APC To EFCC, Police & Others, Investigate Gov. Makinde’s Role In...

“Over Stay” Meet The Nigerian Soldier Who Have Fought Boko Haram...

Disturbing Videos of Deaths and Gun Battles From Kogi Elections

Wishing Christians ‘Merry Christmas’ is a sin, worse than murder –...

ABOUT US
Editorial Times Nigeria is your smart news and information niche. From politics to business, entertainment, sports, technology, romance and health. We got you covered.
Contact us: info@editorialtimes.com
FOLLOW US
© All Rights Reserved. Editorial Times Nigeria (c) 2020
This website uses cookies to improve your experience. We'll assume you're ok with this, but you can opt-out if you wish. Cookie settingsACCEPT
Privacy & Cookies Policy
Necessary Always Enabled
MORE STORIES

Photos: 2nd Niger Bridge Is 40% Completed. To Be Commissioned In...